The treasure trove of nature’s values and the heritage of the past.

One of the venues of the 55th Mecsek Rallye will be Hosszúhetény again this year. The competitors will race on Friday night to complete the speed of The Long Week – Pécsvárad twice. The following presentation and recommendation was provided to us by the municipality.

On the southern slope of the Eastern Mecsek, a settlement situated in a picturesque environment at the foothills of Zengő and The Hármashegy, to which two beautiful mountain villages, Püspökszentlászló and Kisújbánya, are also connected. Already the people of the Stone Age found a home here, and in roman times it could have been a significant settlement of Pannonia, as evidenced by the ruins of the villa excavated and buried on its border. The highest peak of the Mecsek, the 682-meter-high Zengő, formerly called Vas-hegy, is a popular destination for tourists. In hungary, the highly protected Banat peony opens only here.

The village is a traditional settlement with a colorful representation, a special treasure of folk songs, folk dances, folk customs and landscapes. Founded in 1934 with the launch of the Gyöngyösbokréta movement, the folk dance group has become a nationally renowned folk ensemble with several gold ratings. There is also a song circle, children’s choirs, several bands, football and handball teams with excellent results, bicycle associations and many other NGOs operating in the village. There are several accommodations available for visitors, which await those who want to relax and relax with excellent village tastes, wines and programs. In addition to them, the Natur Hotel Kövestető, Almalomb Apartment and Kissakő guesthouse are also waiting for those arriving in the settlement with quality accommodation facilities. Its sights and tourist attractions include the Glass Exhibition commemorating the huta settlements of Pusztabánya and Kisújbánya, the Hosszúhetény Country House, which presents the old, traditional everyday life, and the barbershop reminiscent of the 1940s.

Motor sport has always had a significant place in the life of Hosszúhetény. Our off-road races are not only famous in the region, but also nationwide, and there have been several slalom and family rally races organised in the village. As a result, there are a large number of fans among the inhabitants of Hosszúhetény, who cheer on the competitors of their choice at all the Mecsek Rally venues. In the recent past, we have also had an athlete among the Mecsek Rally competitors.

Hosszúhetény has a significant number of village hotels which are always full during the Rallye. 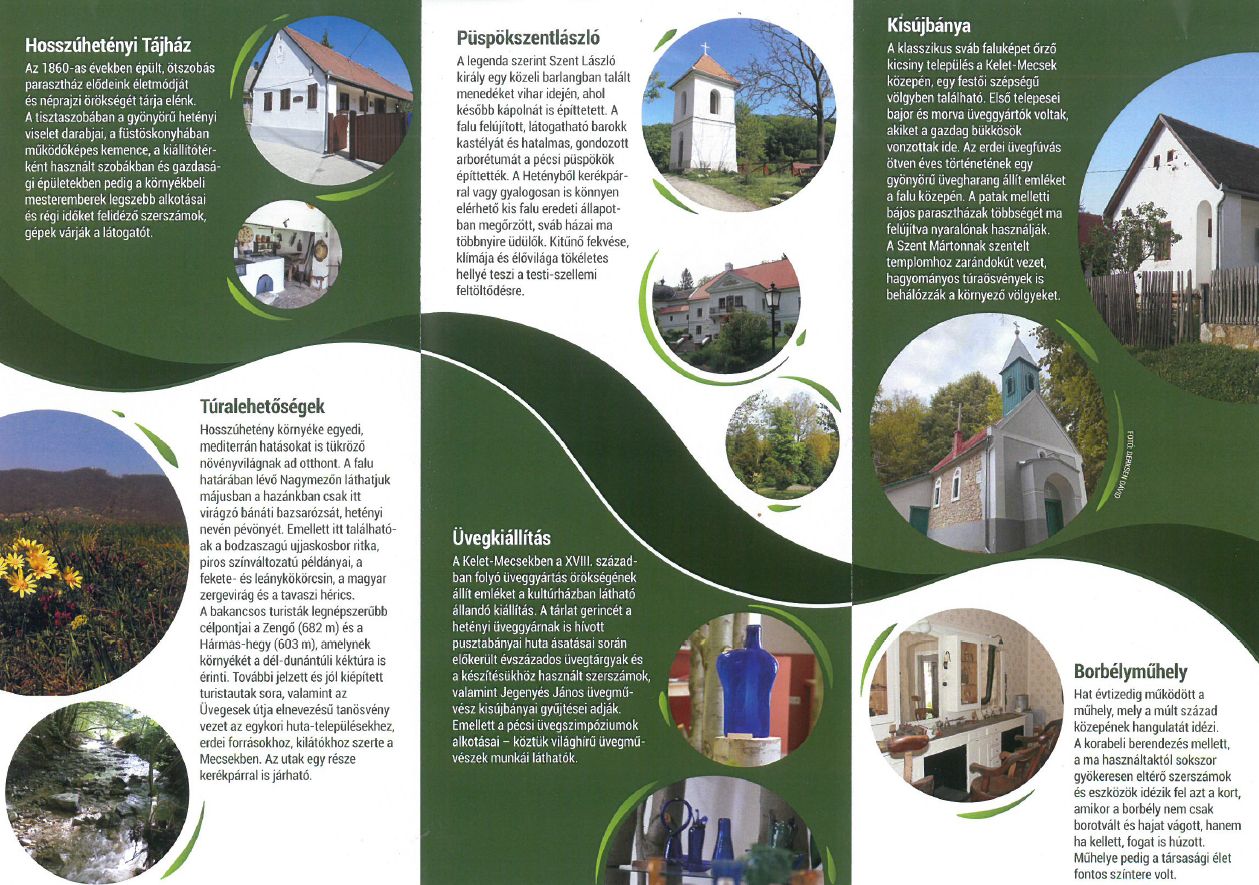