Zippo expects a big battle in the Mecsek

In the previous round of the Historic Eb, the Vltava Rallyn Zippo defeated the big opponent Karl Wagner. The Italian rider expects a similar fight at the Mecsek Rally, and he also wants to cut back, as in 2019 he just missed the championship title with us.

“I expect a fast and technical race, like in 2019. I hope we get a better result than last time when we just lost the championship in the Mecsek. I don’t want to make such a mistake this year,” Zippo said.

Austrian Karl Wagner is an old opponent of the Italian driver, second in the penultimate race in the previous race in the Czech Republic was still 0.7 seconds behind Zippo, but reversed in the final stage and won the race with a 4.5 second advantage. Asked if he still expects a similar battle, he replied very briefly, “I hope there will be a similar end result.” he said with a smile.

The iconic Audi Quattro was chosen by Zippo back in 2011, when he began his historic career. Over the years, he has become so familiar with that car that he is now able to build similar racing cars and restore contemporary street and racing Audis. In 2014, he also built a Quattro for Jari-Matti Latvala, the same as his own race car.

“I bought the car in Sweden back in 2011. We rebuilt and copied the original parts, rebuilt the engine, restored the body. It wasn’t an easy job, most of the trouble was caused by the Pierburg injection, we were happy to set it up. We worked with it a lot, but we finally found it. Good values and the whole car was well adjusted and the balance was found. Now it can have about 400 horsepower at 7500 rpm, so it is not easy to drive “- said the driver again with a big smile and that was the moment we had to ask the previous history of the photo used as an illustration for our article.

“It was made at the Sanremo rally. We went at exactly the same speed as Michelle Mouton in 1981 in the same car.”

Zippo, whose civil name is Andrea Zivian, could hardly wait to race again in the Mecsek Rally because he loves the country very much.

“I love Hungary, and I even had a Hungarian girlfriend for seven years. Pécs is a fantastic city, with a cozy and pervasive history. I love the passion of the fans there, they are real rally fans, and I have many friends in Pécs.” 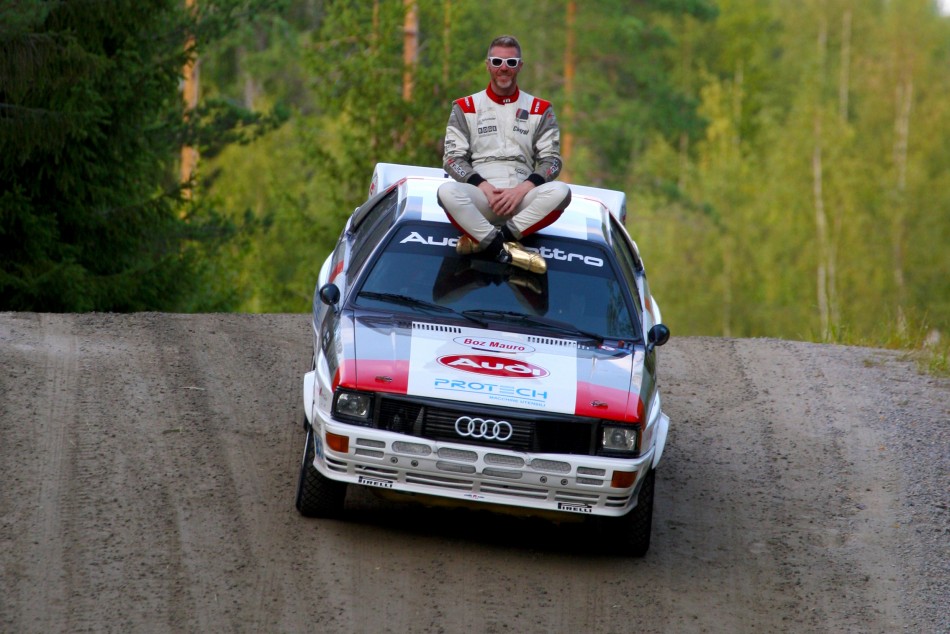